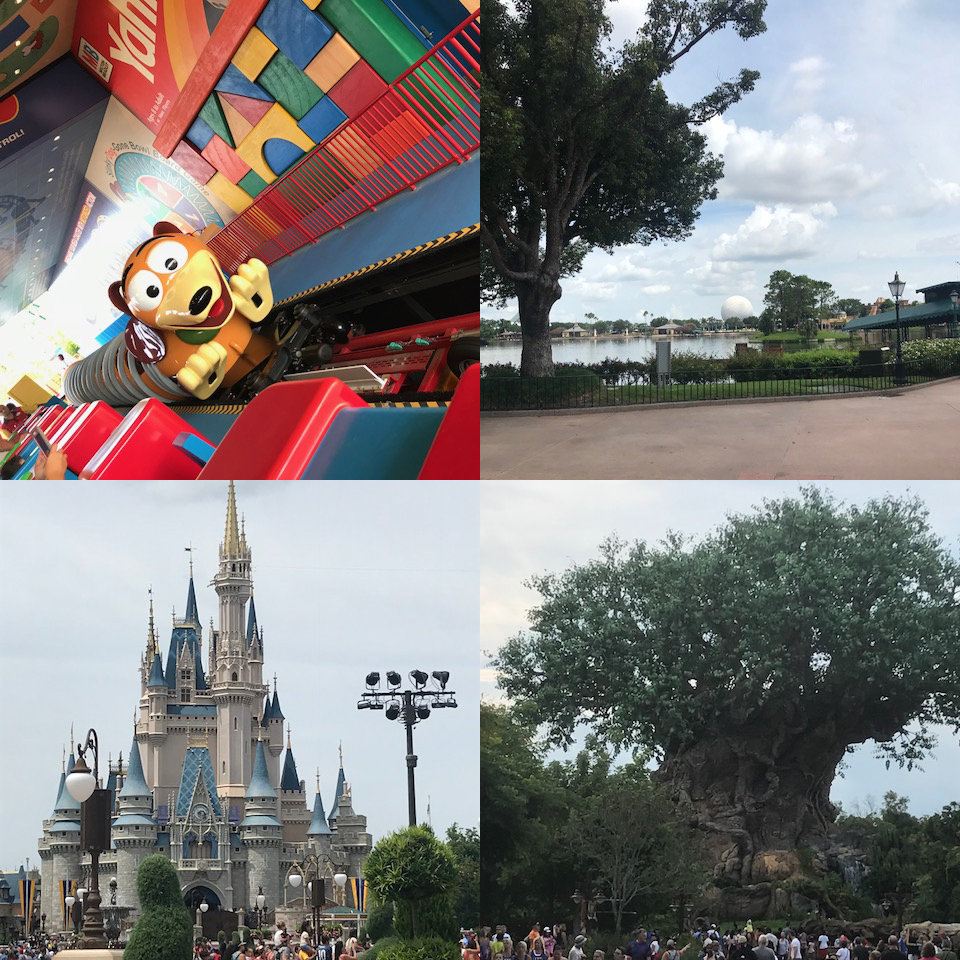 I have a confession. I used to be anti-park hopper.

It’s too expensive, too hard to get from park to park (I used to fight with a double stroller, diaper bag, and a few feisty toddlers everywhere we went!), there is more than enough in any one park to allow a fun and full day, it is unnecessary, etc., etc. I still think all of that is true. It is expensive to park hop. It does take time and patience to get from park to park. You miss out on some of the smaller details and fun things to do when you blaze through a park. However, park hopping can also be FUN!

I still hold fast to my opinion that park hopping is not for everyone OR every trip. If your visit allows for at least four full days at WDW, why not explore every nook and cranny that each park has to offer? Why not hit up the main attractions, see the shows, enjoy a meal, and everything in between? If your time at the most magical place on earth is limited however, why not try to experience as much as possible?

Our family recently had one day to spend in Orlando. We discussed our plan and what each family member wanted to see, which left us not agreeing on which parks to visit!  We then decided to try to visit all four. In one day. With 3 children (ages 10,10, and 7). And, we had a B.L.A.S.T.!

(Also applicable for the more realistic 2 or 3 parks in one day!)

We started at 7am (Extra Magic Hours at Hollywood Studios), and ended at 10:30pm.

Hollywood Studios: Slinky Dog (We weren’t able to get a FP so we headed there immediately and only waited about 15 minutes) Alien Swirling Saucers, Toy Story Mania, Tower of Terror, Rock N Roller Coaster. (No Star Wars fans here!) 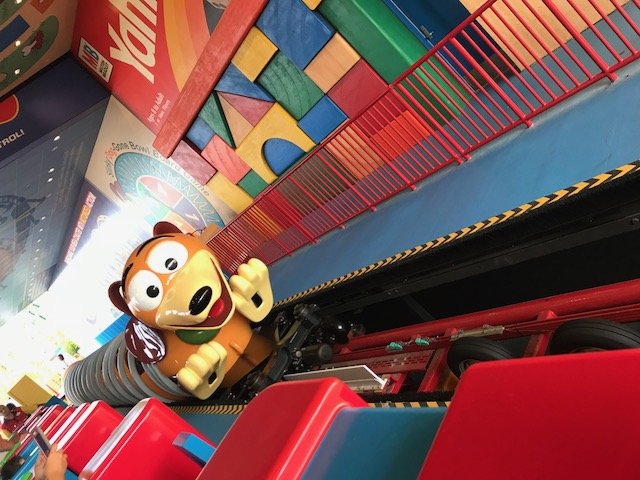 Epcot: Frozen Ever After, Gran Fiesta Tour, Soarin’ Around the World, The Seas with Nemo and friends. And Margarita’s in Mexico (obviously!). 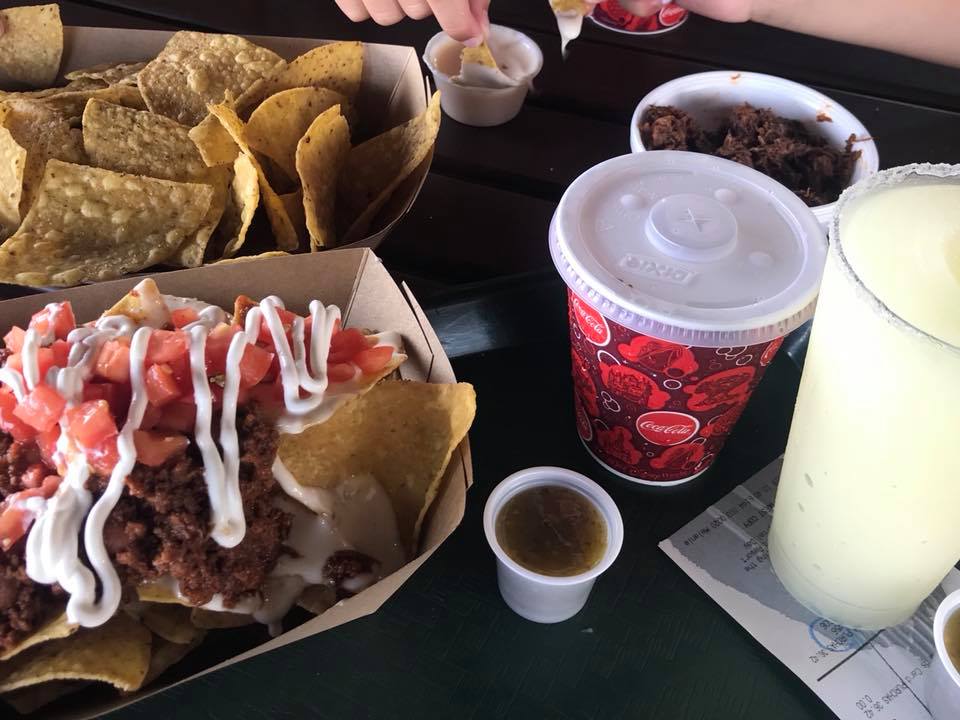 The kids were bummed we had to miss Test Track, but no FP left and the line was over an hour wait, so we hopped on the monorail to MK.

MK: Tony’s Town Square restaurant. We’ve read mixed reviews of this restaurant, but had a very enjoyable experience. We needed a rest at this point, and drinks were ice cold! The two adults and one kid split a pizza (which was delicious–we weren’t starving at this point, as we had stopped at several snack spots in Epcot, but needed to sit and recharge), and two kids ordered the sautéed shrimp kid’s meal with spaghetti. They said the shrimp was awesome, but the spaghetti was served plain, no sauce or liquid of any kind, and was too dry and bland. They had plenty of sides to fill them up, however. Now for our (short) ride list (as a side note, the crowd level was off the cuff here-so we cut our ride list a bit short as to allow more time in AK):Pirates of the Caribbean, The Magic Carpets of Aladdin, (Dole Whip stop), It’s a small world, Dumbo the Flying Elephant, and out. 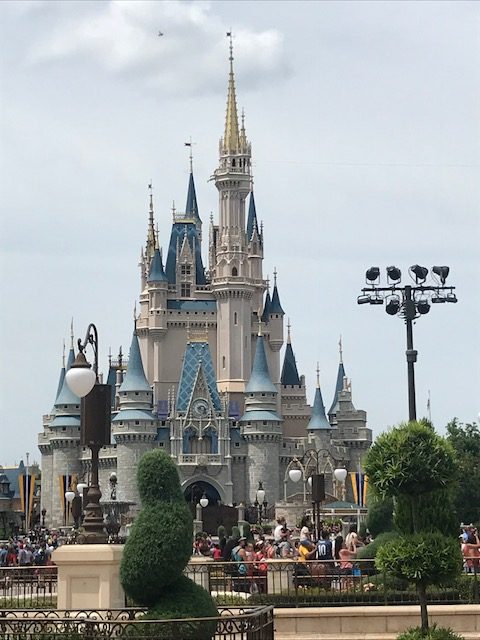 AK: Expedition Everest (twice), Primeval Whirl, TriceraTop Spin, It’s Tough to be a Bug, and then Avatar Flight of Passage. 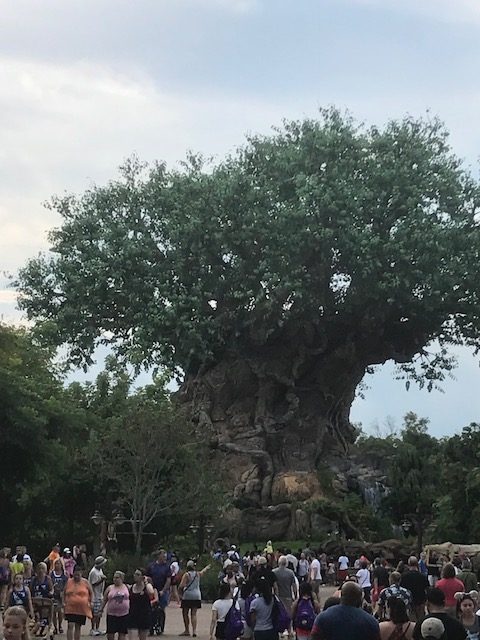 Overall, a fabulous time was had by all, and the kids may never be satisfied visiting a single park ever again!

Check out our podcast to learn more about our 4 park/1 day adventure!